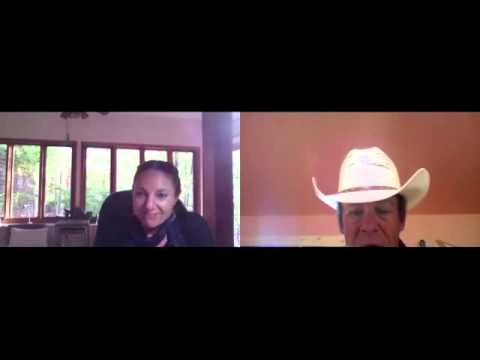 The touchstones of the past are the guideposts to the future. Threads West Series

We had numerous technical challenges during this interview, due to the intermittent internet that can happen in the boondocks of Wyoming, and a cowboy more comfortable on a stallion in the wild outback, than with technology.

But in true pioneer style, though it may not always be pretty, we made do with what we had and we made it work. Thanks to our awesome video team for splicing together the five different videos it took to capture this chapter of Reid’s inspiring story, it’s much better, but if you hear references to glitches, and see the odd phone icon on the screen, well you’ll have some context.

“You know what the information super highway is in Wyoming, don’t ya? Two pick-ups pulled over on the side of the road, facing opposite directions, talking.”

We especially love how it is that Reid began his successful author career during his second half of life, about 5 years ago, around the age of 56.

Reid is an astute businessman, an amazing, eloquent and brilliant story teller, and as good at wrangling words as he is cattle. It’s fun catching up with Reid from one of his ranches in Wyoming. He’s a man on fire… a man on a mission, and a boomer living full out.

Self is the building block of community, and not the other way around. Reid Rosenthal via @BestBoomers

We didn’t even have time to go into his other bestseller book, Land for Love and Money, or his eco-rancher principles and deep and spiritual connection with the land, so we’ll be visiting with him again in the coming year. Meanwhile, if you love novels, mystery, history and stories steeped in the lineage roots that all Americans share, you will love his novel series, Threads West: An American Saga.

A disclaimer: I don’t read fiction, so while I’ve only read but part of Reid’s first book, it was enough to know the quality and grand scope of his master storytelling ability.  Meanwhile, my entire family—from teens, to hubbie, to mother, to an aunt and uncle—has read all three of his first novels and eagerly away the imminent release of his fourth book, Moccasin Tracks.

“Forged in the crucible of history, shaped on the anvil of a dangerous land, the threads of their lives and torrid loves interweave with the evolution of America and the West.”

I highly recommend the audio version, read by Reid himself, which you can find here:

BOOK 4:  Moccasin Tracks – it’s not out yet, but you can reserve it on the Threads West site. 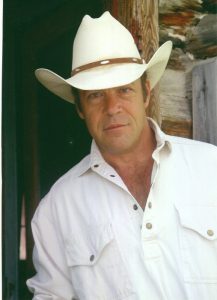 Oh… by the way, I forgot to mention that the Threads West, an American Saga series is slated to be 33 books!!!  WOW!!!  That’s extraordinary.  Like Reid.  And it’s not just fanciful imaginings of a cowboy author.  No, Reid already knows what will be in each one and has it all mapped out… perhaps symbolically reminscent of his second novel:  Maps of Fate.

Folks, meet Reid Lance Rosenthal, an extraordinary man, a real cowboy, with the heart of an artist, and a captivating raconteur, weaving the threads west of our roots deep into the American west, and into the reader’s heart, as we meet those who preceded us, and forged the way.

Thread’s West, entertains, educates, enlightens, and intrigues, while revealing the raw fiber of the American soul, and how each individual strand brings it strength, color and character to the tapestry of a people and their land.