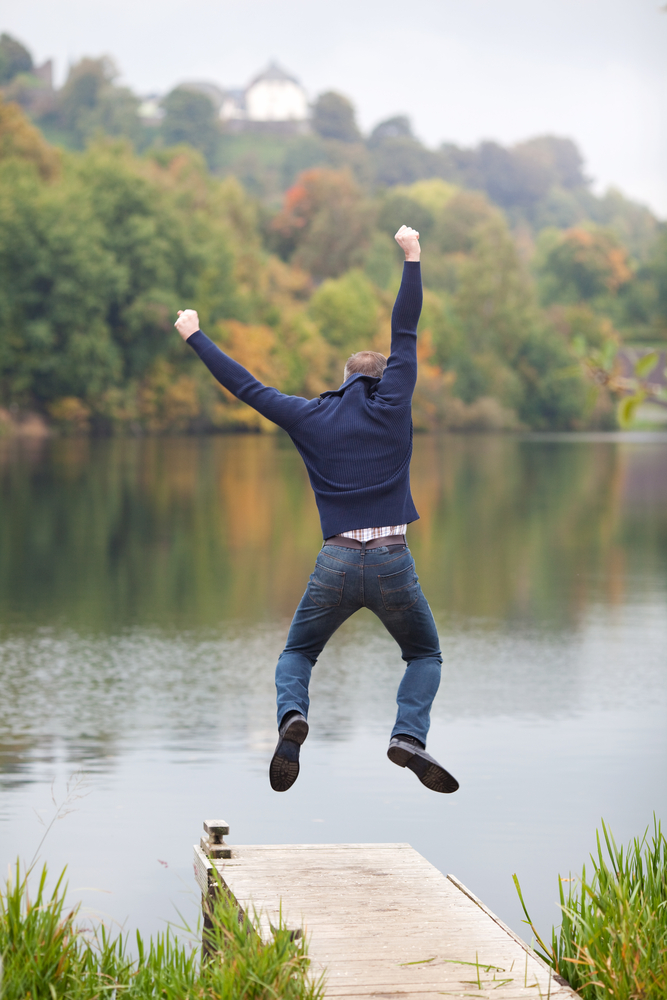 EDITOR’S NOTE:  Les’ story is relevant and practical, whether you have 5 lbs or 100 lbs to lose.  Sure, simple, effective.

Over the past 15 years, I’ve come to believe that things happen for a reason. But it’s not always for me to know those reasons.

I was a health writer.

I’d been doing story after story about some of the chronic health conditions plaguing America. Obesity. Cardiovascular disease. Diabetes.

I had high blood pressure. I was seriously overweight. Would diabetes be that far behind?

As soon as I got out of the doctor’s office that day in October 2013, I called in to the Weight Management Center of Wake Forest Baptist Health, where I work. I had done stories about the Weight Management Center, so I knew the things they offered. I also knew there was a six-month wait. I’m not sure if putting my name on the wait list was so that I could have at least six more months of eating what I wanted when I wanted, or whether it would give me time to back out.

But I did it. And then promptly forgot about it, all through the holiday season food-a-thon.

The call from the Weight Management Center came in February, and I trudged in to an introductory lecture about why doing this 24-week program would be a good thing.

I was the only person who, when asked to commit to the program, held up his hand with a question. I was also the thinnest person among the would-be participants, which gave me the courage to speak up.

“I know the right things to do. I just have to get motivated. Do I really need a formal weight loss program?”

The counselor looked at me. “How has that worked out so far?”

At my first weigh-in on Feb. 28, 2014, I was 213. I’d managed to lose 8 pounds since the previous October, though I suspect a lot of that came in the nine days since I’d gotten the call about the introductory lecture.

From that moment on, I’d taken a couple of pieces of advice, even though my program wouldn’t actually begin until March 11. I cut out alcohol, which probably accounted for about 1,200 calories a week, and, for me more painfully, put extra cans of my faithful daily lunch drink, Yoo-Hoo, in the fridge in the garage (out of sight, out of mind, I hoped). That was another 800 calories a week.

Even before the program started, I had managed to cut 2,000 calories per week just by eliminating two things.

On March 11, I weighed in at 209 pounds. This was important to me. I’d managed to lose 12 pounds in five months all on my own. Then they explained the program to me. I was being put on a calorie count, and I had to be vigilant about keeping track of everything that went in my mouth. I downloaded a recommended program, MyFitnessPal, for both my iPad and iPhone. My daily count was 1,300 calories. Oh yeah, and I needed to make sure I was getting 100 grams of protein, too!

For people with no idea, it’s tough to hit 100 grams of protein on a calorie-restricted diet because higher-protein foods tend to be higher-calorie foods. Over the first 10 days, I struggled to get below 1,400 calories a day, much less to 1,300. I accepted anything that was under 1,400 as hitting my mark. But then, it suddenly wasn’t so difficult. I began to hit my stride.

This story isn’t so much about weight loss, though. I want to share about the decision to pursue a healthier life.

I thought I had made just such a decision in the spring of 2003, at age 43, when I began to regularly exercise. From that point on, I used my treadmill three to four times a week, also doing regular sit-ups and arm weight exercises.

What triggered the 2003 decision was the resolve I’d failed to find at 40, 41 and 42, each year starting but a month or two later stopping with the treadmill despite a personal vow that when I turned 40, I’d begin to get smart and live healthier. By 43, the need to do something kicked in. It was probably my weight, and the knowledge that if I wanted to eat and drink freely, I needed to be doing something or I’d wind up fat.

Beginning a regular exercise regimen, I lost 30 pounds, getting down to about 170.

But I continued to eat and drink what I wanted, ignoring both the annual rise of four to five pounds when I went for my checkups, and the continuing increase in waist sizes of the pants I bought. Even when I had to buy some size 38s, I was able to rationalize that as age spread. Hey, I was exercising; I’d be fine.

Losing my job as a newspaper editor in January 2011 was a life-altering moment.

I’d been a journalist my whole professional life, in fact pursued this career since I was 10 years old. I loved everything about newspapers. I was Lou Grant, albeit not as round (yet), and had been a city and metro editor for more than 15 years. It was an exhilarating, exhausting life, filled with critical decisions, impactful stories, and, I’m proud to say, a decent share of awards and recognition.

Now it was taken away from me, largely because of the shrinkage in profits that had cost newspapers thousands of jobs nationally. (The newsroom where I worked had 105 people when I was hired in 2002; it has 35 today).

Being a single dad and having my daughter still in high school, I knew I needed a job pretty quickly. The idea of another job in journalism didn’t appeal to me, though. I wanted to stay in Winston-Salem, N.C., which I had come to love.

Things happen for a reason.

Where I once took two blood pressure medicines, I now take one, and at half the strength. Where my cholesterol level was once over 200, it now rests at 160. I’ve lost a lot of weight and kept it off. The Weight Management Center people put my photo and story on their wall recently as patient of the month. “You’re one of our rock stars,’’ the caregivers told me.

Really? A rock star in something I only grudgingly did? How did this happen?

Why am I at my healthiest now, having lost the career I was born to do, exceeded at and pursued so intently for 30 years?

Why would I wind up writing for a medical center, taking advantage of a college degree specialty I’d earned 25 years earlier?

Things happen for a reason. I don’t always get to know the reason. Except sometimes, after the fact, you do.

Les Gura is an award-winning writer and editor, with 25 years’ experience in journalism, where his specialties were narrative storytelling and criminal justice investigations.

He currently is a writer/editor with Wake Forest Baptist Medical Center in Winston-Salem, N.C. He also does freelance writing and editing, dabbles in fiction writing and makes a wicked-good chocolate chip cookie when inspired.